Login / Register
Back to top

One of the most highly anticipated dining concepts of the new year debuted in Mission Hills on Jan. 30 to capacity crowds.

Cardellino — from the talented team behind Trust, Fort Oak and Rare Society — is an all-day Italian-American eatery, cafe bakery and wine shop, or enoteca. The restaurant serves pastas, pizzas, a variety of appetizers and desserts from executive pastry chef Jeremy Harville.

The 4,800-square-foot Cardellino, which means goldfinch in Italian, replaces Brooklyn Girl, the neighborhood restaurant that shut its doors suddenly last spring. The Trust group’s Brad Wise and Steve Schwob took over the lease, which includes a coveted retail license to sell wine. Here are 5 things you need to know about Cardellino. 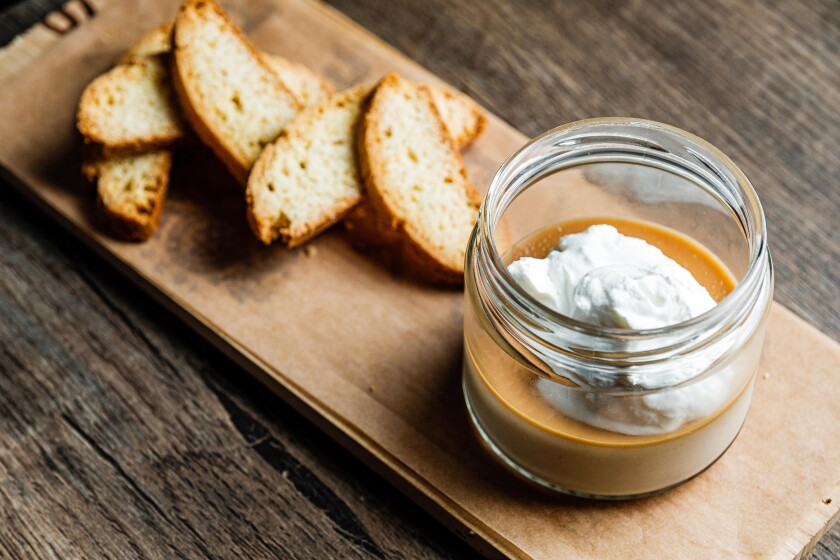 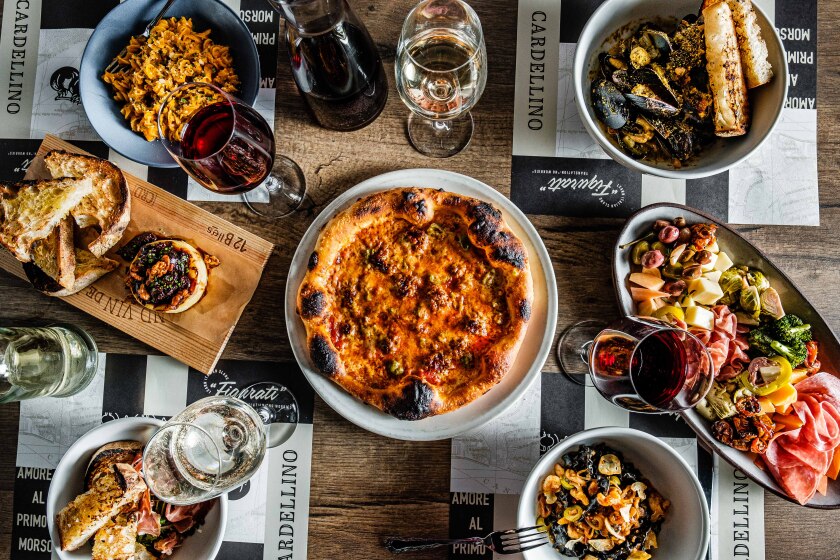 The Italian-American menu at Cardellino is inspired by executive chef Brad Wise’s New Jersey upbringing and recent travels to Italy.

Accursio Lota, the popular former chef of Solare in Liberty Station, has opened his first solo trattoria in North Park and word has clearly gotten around. The line was out the door the night I visited and judging by all double cheek-kissing, most people were there to support Lota.

Cori — Sicilian dialect for cuore, or heart — has a limited menu of appetizers, fresh pastas, two entrées and two desserts. The fast-casual concept requires you to order at the counter, take a number and find a seat. I’d study the menu online first, so as not to feel pressure from the people waiting behind you.

The well-priced wine list is made up of all Sicilian wines (whites, reds, sparkling and dessert), which is an impressive testament to the evolution and diversity of the island’s wine culture. 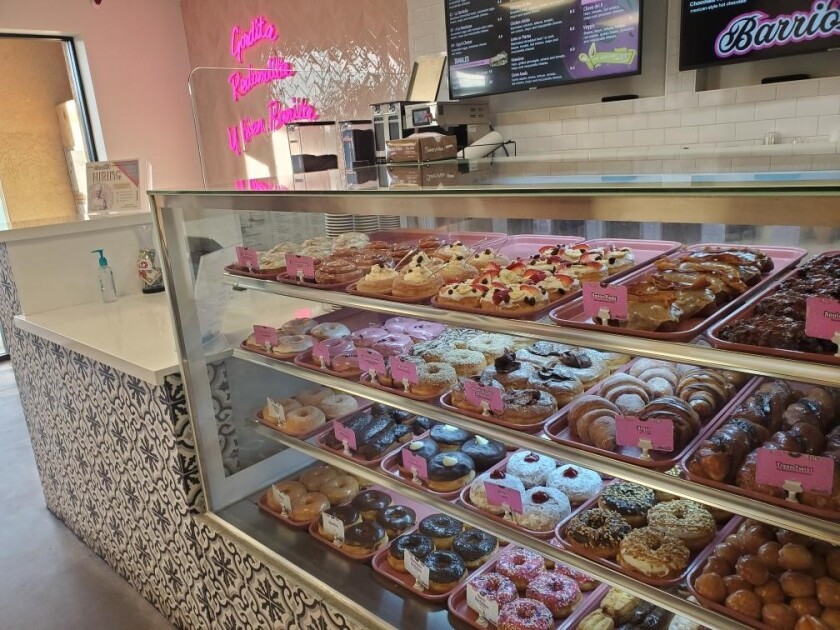 Barrio Donas in Clairemont bakes cross-border deliciousness into every doughnut.

Churros are often called Mexican doughnuts. But what do you call doughnuts with a Mexican flavor profile?

Less than a year ago, Jonathan Garcia, 27, and his wife Janet Garcia, 28, took over Jonathan’s father’s old-school Mexican bakery cafe in Clairemont and transformed it into a modern, hip doughnut shop, Barrio Donas.

Bright colors, bold graphics and stylish displays greet customers, while some of the most uniquely delicious doughnuts in all of San Diego will certainly keep them coming back for more. 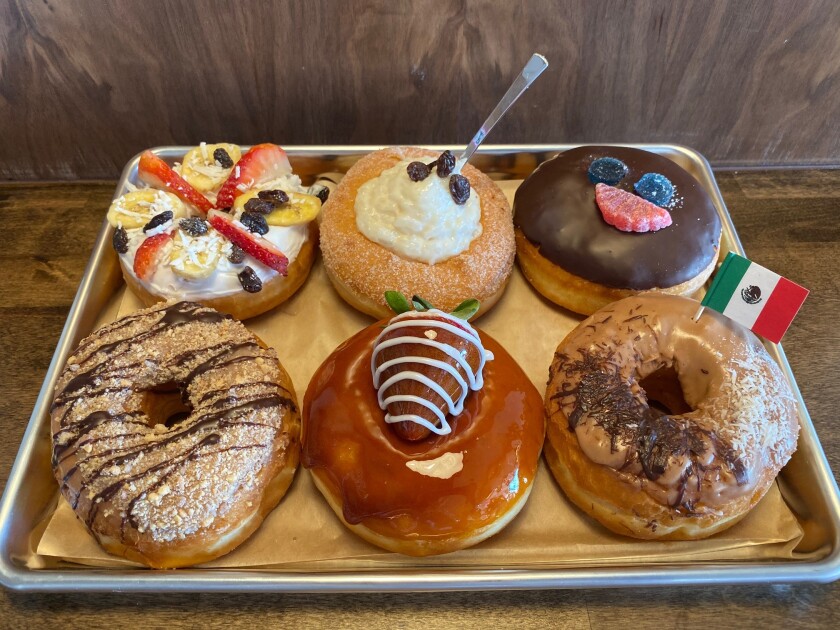 A colleague recently brought two boxes of assorted doughnuts into the newsroom and a dozen of us marveled over their soft, buttery texture and unique, subtle flavors. Starting with the spectacularly moist plain, glazed doughnut and working my way through the box to the jamaica, Abuelita Mexican chocolate, arroz con leche, horchata, bacon piggy, and beyond, I was taken aback by the exceptional skill that goes into these simple, fried dough creations.

You can taste the care that goes into every one, as well as the young owners’ pride in their heritage.

“My wife and I opened nine months ago and are loving every minute. We try to incorporate Mexican flavors and treats we grew up eating into every donut,” Jonathan Garcia wrote in an email.

And on the multi-lingual “About Us” page on the shop’s website, he talks about his inspiration: “Barrio Donas represents the multi-layered cultural experience that comes with living in San Diego while emphasizing the radiante beauty of Mexican-American culture — in the form of a donut. … Taking everything his father taught him about pastries since he was a chavalito, (kid) he decided to create a hybrid donut shop that highlights the muchos sabores of both Mexican and American cultures using family recipes and the highest quality ingredients.”

Garcia’s original idea was to open the Mexican-inspired shop in Barrio Logan, but he got priced out of the rapidly gentrifying neighborhood. We’d bet our last doughnut that Barrio Donas will be so successful that the Garcias could one day open a second location in Barrio Logan. And maybe a third in Carlsbad. And a fourth in TJ, and one in Vegas, and … 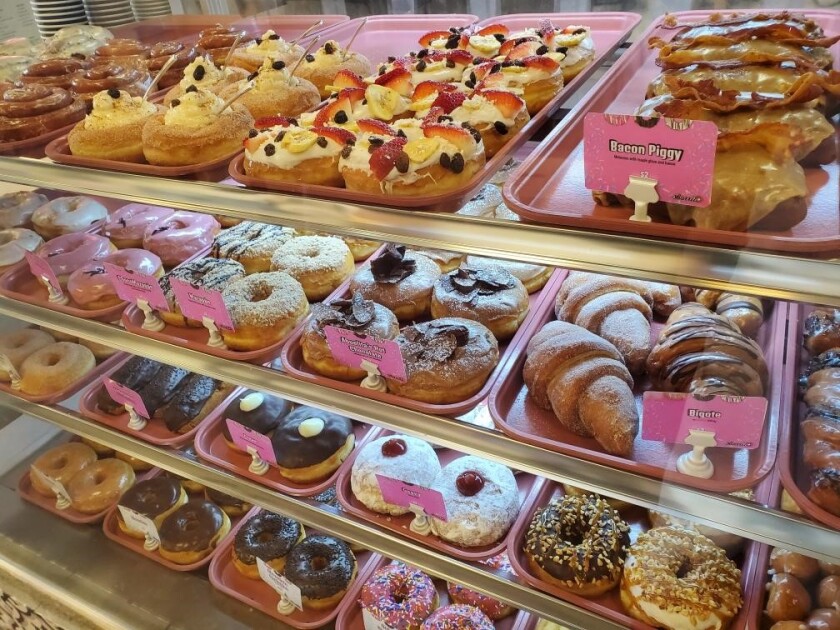